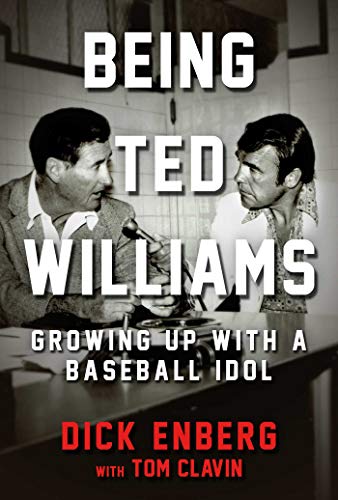 August 30, 2018 marks the 100th birthday of the former Boston Red Sox outfielder and baseball legend. In Being Ted Williams, esteemed sportscaster Dick Enberg offers a series of personal anecdotes that loosely follow Ted's life from his childhood in San Diego, to his fun teenage years playing in the Pacific Coast League, his glorious yet frustrating Red Sox career, his heroic actions as a fighter pilot in two wars (as John Glenn's favorite wing-man), and his post-career years leading to his heart-rending appearance at age eighty at the 1999 All-Star Game. Though other books have recounted Williams's career, none have done so through the eyes of someone like Enberg, who followed Ted's career as just a young boy, trying to emulate his classic swing, then as a broadcaster, and finally as a friend, when the two men could enjoy numerous get-togethers until Ted's passing in 2002. Enberg also weaves in personal stories and commentary on what it means to be a hero from other legendary sports figures, such as Bobby Knight, Vin Scully, Bill Walton, and many more. Being Ted Williams makes the perfect gift for the baseball fan looking for a unique perspective on one of the sport's greatest legends through the lens of one of the best broadcasters in the game's history.