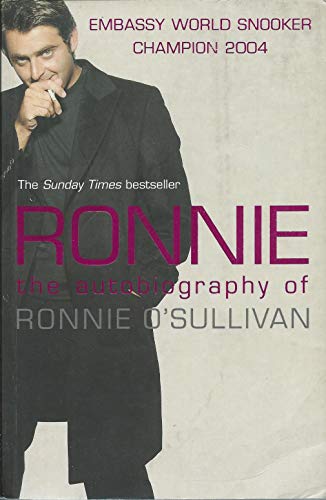 Ronnie O'Sullivan's supreme talent and breathtaking flair have made him snooker's greatest showman. Yet his career has been one of incredible sporting highs matched by the lows of a life blighted by self-loathing, booze, bust-ups and depression. O'Sullivan was a snooker prodigy at ten when he made his first century break. He went on to smash record after record, while struggling to cope when his father and mentor was sent to prison for life. From the highest of highs to hell and back, Ronnie candidly reveals the snooker champion who won everything, then almost lost it all. Moving, inspiring and brutally honest about what it takes to make -and sometimes destroy - genius, this is Ronnie O'Sullivan's story. 'A fine autobiography . . . compelling' INDEPENDENT 'That rare creature, a sports book with a conscience, a pulse and a soul' GLASGOW HERALD