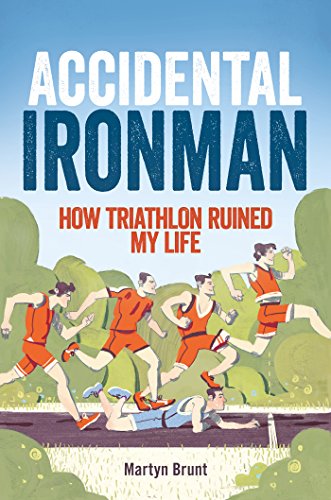 Having spent 10 years scaling the lower echelons of the sport, the time has come for one of Britain's least successful athletes to reveal all about how he got involved in all this nonsense in the first place. Marvel as he reveals:

His sporting history - how being last pick at school football in the 1970s set him on course for a lifetime of being rubbish at team games.

How he took up triathlons in the first place (for a bet, and the cow who made it with him never paid up).

How he overcame a crippling lack of talent and a chorus of complete indifference from his family to complete 10 Ironmans, all outside the top 500 finishers.

The many and varied idiots he's got to know as a result of taking up the sport (aka his mates).

The typical training (hell) he goes through to take part in a race given he has absolutely no ability whatsoever.

How triathlons ultimately caused him to sell his Mercedes, give away his expensive suit, chuck in his job in the City and become, as his father put it, a "god-damned hippy" (A cycle path designer who owns a camper van).