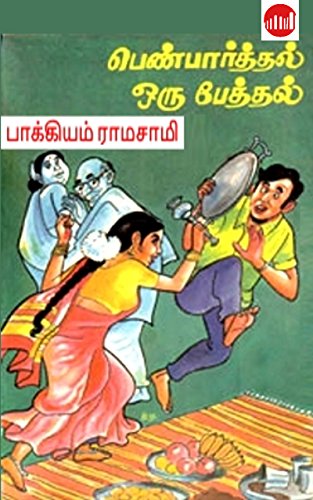 Bakkiyam Ramasamy is the pseudonym of Ja. Raa. Sundaresan (born June 1, 1932). He was born in Jalakandapuram, Salem district. His pen name is a combination of his mother's name (Bakkiyam) and his father's (Ramasamy). His first breakthrough was the publication of the story Appusami and the African Beauty in Kumudam in 1963. Since then he has published a number of serialized novels, stage plays and short stories featuring the same set of characters. Some of the stories were published under various pen names including Yogesh, Vanamali, Selvamani, Mrinalini, Sivathanal, and Jwalamalini. He also worked as a journalist in Kumudam, eventually retiring in 1990 as its joint editor.