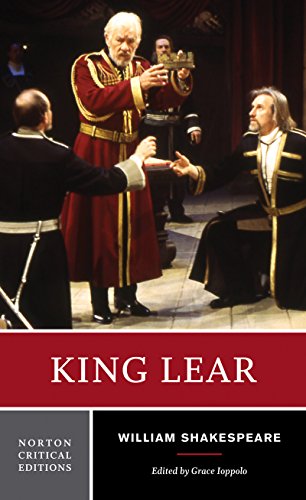 Helps readers navigate 'King Lear's' history and includes nine primary sources from which Shakespeare borrowed in creating his play, along with two additional likely sources. This title discusses the best-known and most-often discussed passages from Quarto I. It provides thirteen critical interpretations, and three adaptations and responses.


Grace Ioppolo is the founder and director of the Henslowe-Alleyn Digitisation Project and is Professor of Shakespearean and Early Modern Drama in the Department of English and American Literature at the University of Reading, England. She is the author of Dramatists and Their Manuscripts in the Age of Shakespeare, Jonson, Middleton, and Heywood: Authorship, Authority, and the Playhouse (2006) and Revising Shakespeare (1991). She has edited Shakespeare's King Lear for Norton and has published widely on textual transmission, the history of the book and literary and historical manuscripts, most recently as the co-editor of Elizabeth I and the Culture of Writing (2007). She is the General Editor of The Collected Works of Thomas Heywood, forthcoming 2012-15.