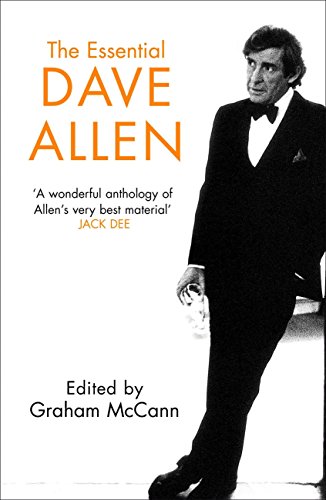 When Dave Allen passed away in March 2005, we lost a true comedy great. Sitting cross-legged on a high stool, whiskey in one hand, cigarette in the other, Dave Allen's exasperated commentaries on the absurdities of modern life struck a chord with millions of fans in Britain, Ireland and Australia for over four decades. He was a compelling storyteller - able to spin shaggy dog stories out of the almost any subject, including the missing tip of his fourth finger of his left hand, for which he provided various unlikely explanations. But his gentle, laconic wit could also give way to ferocious attacks on the media, the state and, most famously, the Catholic Church. He was a unique talent - a comic who could make his audiences laugh, cry, and be shocked, all in one.

This official celebration of Dave Allen's comedy has been drawn together by Graham McCann - Britain's best-loved entertainment writer. It is a treasure trove of stories, stand-up routines, sketches, interviews and photos, which takes us on a journey from the cradle to the grave. It will delight Dave Allen's million of fans, old and new alike.

'Dave Allen was our greatest storyteller and nobody ever came close to his ability to spin a yarn. He was unique, right up there with the greats.' Jack Dee